Okay, after a few sidebar trips into urban exploration it’s time to get back to business!

This past week has been one of THOSE weeks. It started with the cops kicking my door in under the assumption that some guy that used to live in my apartment was still in residence.
The week pretty much went up and down from there.

Then the electric company screwed up my bill and informed me that I owed $400 (took two days but I got that one worked out).  And then I had transmission issues that basically wiped my savings and most of my start of the month budget out (that screwed up my rent for the month, ugh). 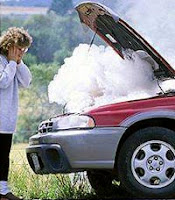 And then a vehicle place I visited last weekend took it upon themselves to charge my debit card for over $200 so I had to deal with that (that took me another two days to take care of). 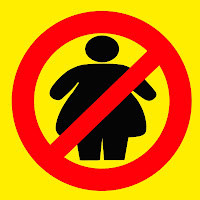 Then I had three job interviews, one of which I was pretty much dismissed from because I wasn’t a size 12 anymore.

And THEN I was informed by some loser on a supposed Christian dating site that I wasn’t good looking enough to be there. 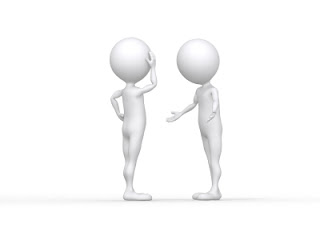 AND THEN – last but not least, just when I was making headway on catching up on edits for my next book one of my adult kids called all upset over something my ex-husband had done so I ended up on the phone for over an hour getting them calmed down and by the time I was done it was well after midnight and I had to be up at the crack of dawn to take my daughter to school.

So, um, yeah, I was a tad stressed this past week and it did not help my writing at all. As you can see, my blog is a whole 48 hours off schedule! LOL 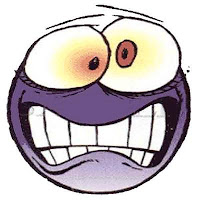 Stress can really screw with writing. It can upset word flow, character development, proofing, editing, even language development and when you’re in the business of making stuff up for a living that’s not a good thing.  Our readers depend upon us for clear and concise stories.  Stress completely undoes clear and concise for a lot of writers, me included.

Although, I can usually plug through under stress (the last of Blood Roles was written while sitting in the family waiting room of the ICU while my late husband was in the hospital) I know some authors who literally can’t write when they’re stressed or they write the wrong thing.  A colleague once told me about how one time she was SO stressed that she wrote an entire scene from another book she was working on in her current WIP. It was only after it was done that she discovered that she’d written about 90 pages of a paranormal romance into a regency. Um, yeah, she wasn’t too happy about that any more than I would have been. 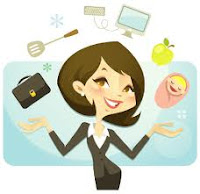 Stress makes us feel drained under the most normal of circumstances, when trying to write under stress it can leave a writer totally exhausted and completely unproductive.  When juggling writing and life (or in the lovely Larissa Reinhart’s case, juggling writing, life AND Lu the future Olympic Badmitten Champ) ‘regular’ stress is tough enough. Couple that with unexpected disasters such as illnesses, computer crashes, car accidents, it could be enough to push a writer away from the computer permanently.

Because of this I think it’s important to always remember that not only do we have each other – no writer is ever truly alone – we also have plenty of tricks in our personal arsenals whereby we can help each other out.   I’ve compiled a great little list of things that have helped me cut stress while writing: 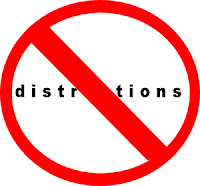 1. Try to cut out distractions or sounds that bug you. If you need quiet, ask to be left alone for a while and shut your office door. If noise doesn’t bother you, or you need it to write, headphones are great for blocking out all other sounds. Sometimes I like to play nature sounds while I’m writing while stressed, ocean and rain sounds are extremely soothing.

2. Deep breathing techniques are extremely helpful.  They calm your nerves and take the edge off. 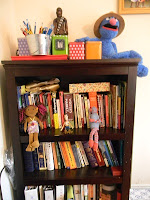 3. Make your writing space your own.  Not everybody has an office.  For many years all I had was a corner of whatever room had the least amount of furniture.  I hung a bulletin board in that corner and put whatever I wanted on it. Sometimes it was story outlines, sometimes it was Garfield cartoons, or sometimes it was a great shot of the Dude of the Day.  Set up your area as your area to the best of your ability, move the furniture in whatever is conducive for you to write and write comfortably.  Feeling at ease in your writing environment puts you at ease and will aid in making you more productive.  Add candles, incense, and unique décor to bring about a relaxing and peaceful atmosphere that will help you forget your worries and focus on writing, even when you're under stress.
Do the same once you have an office – it’s your space to be creative. Make it your own, even if that means a ton of stuffed animals, shots of hot guys, a cluttered desk, bulletin boards, and bookshelves galore…um, ah, yeah, that’s my office. LOL 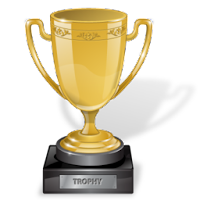 (The "Cleanest Office I've Ever Seen Award" has to go to Kathleen Eagle. She has THE most spotless writer's office I've ever witnessed!) 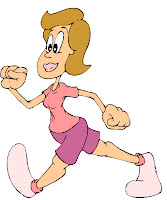 4. Sometimes it’s best just to get up and walk away.  Not permanently, but long enough so you can find your focus again.  Take a walk, have a drink of something, play with your cat or dog.  Focus on easing the stress level before you go back to work on your WIP. 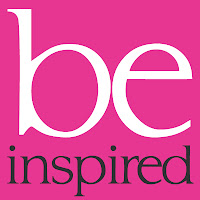 5. Be inspired by whatever it is you’ve already written.  Jennifer Cruise spoke about this at a conference I attended and I’ve never forgotten it.  Look back at your previous works and think about how you could develop it.  You’re expounding on what you’ve already written, not developing a whole new idea to further your story arch.  Further your story by taking the creative pieces you already have and making them work together to move the story along.  It really does work! 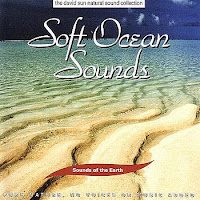 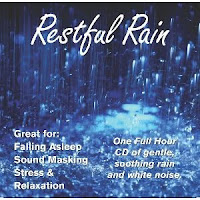 6.There’s nothing wrong with white noise!! Low music, mini fountains, even having the television on on a program that you would never watch in a million years can provide just enough background noise for you to focus and forget your stress.  (Never use a show you’d watch as background noise, you’ll always end up watching it.  If Law & Order SVU or Big Bang Theory is on I know I will NOT get any writing done.) 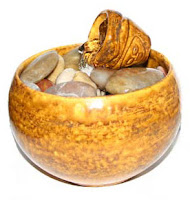 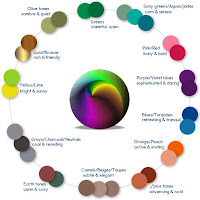 7. There’s nothing wrong with using colors to cut your stress.  It’s been proven that what color you paint your walls can have a direct effect on your mood.  Now, I’m not saying you need to completely repaint your writing space but you can still use color to your advantage.  Curtains, chair cushions, throw pillows, a sand art bottle, stained glass window hanging, there are dozens of things that can be used to colorize your space and aid in reducing stress. Yellow is known to be a happy color, green makes a person feel energized, blue is a calming color, purples are known to inspire creativity. 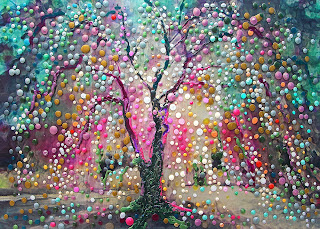 If you’re in a room that has no windows or is just generally dull and drab, there’s nothing wrong with hanging a brightly colored print on the wall. Better yet, buy one of those paintings of an open window and that can be your window and sunshine! 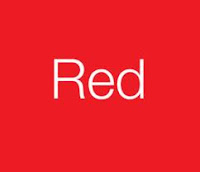 (Avoid red when you’re under stress, it’s known as an angry color…hmmmm, since my whole kitchen is done in red, my pots and pans must be REALLY pissed off!) 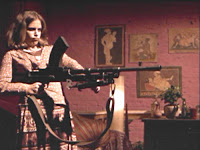 8. If your stress is causing you to feel angry, instead of feeling worn out or helpless, use that anger to get "fired up" and write a fight scene.  Use the stress to your advantage.  There’s one scene in Blood Roles that was written while my husband was dying and my in-laws were being unnecessarily difficult.  I went home and wrote a kickass fight scene that I’m still getting great comments on so, yes, sometimes stress can produce some awesome writing while lessening the actual stress that you’re feeling.

9. Now, this is going to be a tough one.  I’ve heard many times that when stressed it’s best to avoid drinking anything sugary or carbonated.  These hype you up and make you jittery and supposedly you won’t be able to concentrate.  For somebody like me, who lives on sweet tea, I have no problem focusing.  But, there ARE people who do so if you know that this type of stuff makes you jittery? Try to avoid it while you’re stressed so you’ll be able to focus.  On the other hand, I know a few writers who can’t focus without Pepsi or Diet Coke (ya’ll know who you are…) so if it’ll help you focus, drink up!

10. Eat carefully. Food impacts   your ability to focus.  Eat things that are healthy for you if at all possible.  NOW YES – I KNOW – this is a hard one, stress or no stress. I know writers that are on major deadlines who’ve eaten Reeses Peanut Butter Cups with Mr. Pibb for breakfast so they could get that deadline done.  (Don’t lie, you know we’ve all done it…)  When you’re stressed, especially if you’re an emotional eater, there will be a desire to chow down instead of focus.  When those moments arise, try to stick with fruits and veggies if at all possible. 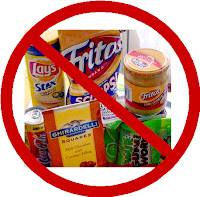 These are just a few ideas and they’re not written in stone, remember, very little is written in stone. So the next time you’re faced with too much stress and not enough focus, try a few of these ideas and hopefully you’ll be able to focus and keep writing! 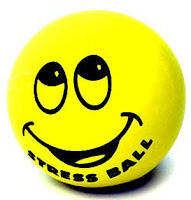 Anybody else got any good ideas for cutting stress while writing??