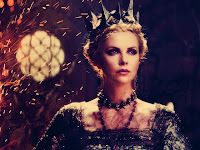 Many times in romantic suspense – or even suspense with romantic elements – the bad guy is exactly that, a guy.  Every so often the scarlet woman traipses through but it’s rare the reader is treated to an honest to goodness salt of the earth evil woman.  While the White River Killer is most definitely the evil in Blood Roles, there’s also a villainess and if you’ve already read the book, I’m sure you know exactly who I’m talking about:  Rita Keeps Fire.

Now, yes, there are literally thousands of villianesses to choose from in the movie and television world, some truly evil, others campy and funny.  But I've noticed over the years, within the literary world, ultimate enemies are either usually male or if they are female, they're more a danger to themselves than anybody else.  I knew before even starting Blood Roles that Rita was not going to be like that.

When creating Rita I wanted to relate to the reader just how vile and sleazy this woman was - and to what lengths she would go to get her own way.  Rita is a heartless attention whore who will do whatever she can to keep the attention on her while using a cause, a person, a need, something, anything, to hide behind.  Think Angelina Jolie only much more black-hearted. (I think it is no coincidence that Ms. Jolie was chosen to play the evil fairy, Malecifent, in the live action version of Sleeping Beauty...just sayin!)

Back to Rita - I get so many comments on this character!  I have gotten dozens emails asking specifically about Rita:  Surely this is a charicture? Surely this woman can’t be real? Nobody would really act like that – would they?  It’s always interesting to see people’s responses to a life form they’re unfamiliar with. LOL   I am also often asked why Rita is so bad and if I know anybody really like her.  The answers to those are "because she can be" and "yes".

For those who are totally confused because they haven’t read Blood Roles yet, Rita Keeps Fire is a secondary character with a bad attitude.  Within Indian Country her type of persona is called a “wannabee activist” - someone who is almost always a BQ Nazi.   The individual wants to be an activist for Native American rights but they don’t want to do it for Native Americans – they want to do it for the attention it garners them.  To quote my late husband “i.e. an attention whore of the highest caliber”.
At one time Rita was involved with our hero, Taylor, who was actually a true activist who ultimately walked down some wrong paths due to peer pressure.  Rita holds it against Taylor because he dumped her and she holds it against him even more that his heart really belongs to another woman – a white woman, Andie Prescott.
Last week we talked about BQ Nazi’s, well, Rita is the epitome of the consummate BQ Nazi.  And, again, yes, Rita is very, very real.  Rita is a composite of not one but several people, male and female, that I’ve come up against in the past five years.  Of course their most common denominator is that they all feel that Natives should only stay with Natives and have nothing to do with the any other race at all, save for taking money from them.

They actually have more than that in common, though – first, they’re LOUD.  They can’t say anything quietly, it has to be hollered, male or female, there’s no such thing as quiet in a Rita’s world. 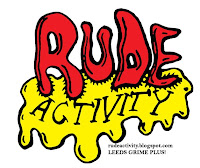 They’re also passive-aggressive and many times fueled by alcohol or drugs.   Out of the various BQ Nazi’s available to choose from  (let’s just say there were more than three and less than twelve for Rita) only ONE did not post drunk or make drunk harassment calls to people they felt were offending their tribes by being married or dating a non-Native.  Their favorite MO was to make a comment of some sort knowing that offended people would comment back, this, in turn, usually produces a full scale diatribe from the BQ Nazi.


They’re also vicious. Again, there’s no concern for others or their feelings.  It wouldn’t be fair to label them narcissists because not all of them are, but there were two from that round up I know for a fact were. It was all about them. It had nothing to do with being Native or wanting to fight for the rights of their people. It had everything to do with being seen, being heard, having their picture taken and they didn’t care who they had to step on to get it done.  I know of two BQ Nazi’s who had to have their own radio blog shows to feed their attention fix  - it was interesting they rarely, if ever, had over sixteen or seventeen listeners tops but that was enough for them to get that fix.

They also have family issues.  Not your normal dysfunctional welcome to America family problems.  The Rita’s of the world spend so much time campaigning for their cause du jour that they neglect their family relationships to a point where there’s barely anything salvageable there.  One mother had four kids, two were left to their own devices, CPS took the kids away and she didn’t even bother to go to court to try and get them back – she had a “protest” to go to that day.  Another had a mentally challenged child who kept running away, she’d have to drop whatever she was doing and go get the teenager who was very often caught hooking for survival.  Yet another cut their children out of their lives because they married white people…all SIX of them – and I’m pretty sure two of them did it out of spite.  And yet another has limited relationships with her grandchildren because they’re half-white. AND YET ANOTHER (see a pattern forming here folks?) has not one but several children heavily into booze and drugs because she was just too busy to pay attention when they started drinking and drugging – at ages ten and twelve respectively.  These types of people will drop everything to go showcase themselves at a protest clear across the country that has nothing to do with their tribe but they won’t drive two blocks down the street to scrape their drunk highschooler up off the pavement. 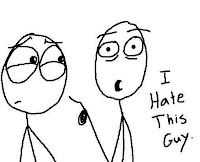 I got a fan letter asking me if I hated Rita.  To quote Blood Roles heroine,  Andie Prescott, "I’d have to give a shit about her to hate her" – or the people she is based upon.  I don’t have that kind of time or energy.  But I do feel it’s important that people know these types of individuals are out there because they aren’t just affecting Indian Country.  Many of them have off the wall ideas regarding what should be done to whites for taking the country away from Natives and some of those ideas are NOT pretty. 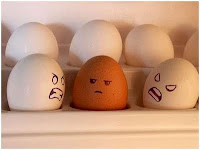 One BQ Nazi told my late husband that they would be more than willing to kill any white person that got in their way. Now, yes, it could have been an idle threat, but given what we knew about that person in particular (bear in mind, within Indian Country there are very few strangers, there is always somebody who knows somebody in question and police records are not hard to obtain when one goes through the proper channels) we knew that mixing alcohol meant instant idiot. 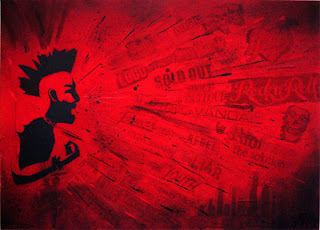 BQ Nazis don’t just pose a threat to their fellow Natives. They pose a threat to everybody else just on the merit of their deep rooted anger at whites and their penchant for using the wrong outlets to get their points across. 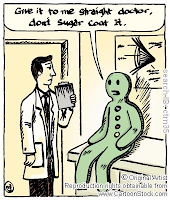 Ultimately, I’m not going to sugar coat anything – if you’ve read Blood Roles, you already know that.  If you read last week’s blog, or any of the responses to it, again, you already know that I laid out the truth in a no-nonsense form that was easy to understand. Creating the character of Rita is the ultimate extension of that. 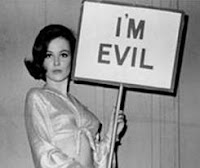 At the end of the day we have a woman who trusts nobody, can’t be trusted herself, is pompous, arrogant and FULL of righteous indignation to a fault, so much so, readers literally cheer when she meets a fateful end.  She’s rude, she’s bitter, she has way too much self-worth and is unable to empathize on any level.  She hates anybody that’s not Native, to the point that she’ll endanger a whole tribe that, technically, isn’t even hers, because she doesn’t want a white person involved with the case AND because she wants people to pay attention to her.

At the same time – Rita is a sad figure, even pathetic.  As Andie says, "it’s a sad thing when not even your fellow troublemakers don’t miss you".  This is yet another circumstance both Rob and I were privy too. There’s relief, even gratitude, on not one, but on the part of many, when a BQ Nazi moves on.

Yet, there’s always the fear that something else will re-ignite them, something else will tick them off or send them over the deep end yet again.  In Rita’s case, the only thing that ultimately shuts her up is the White River Killer, and then, in more ways than one.

When you get down to the core of this villainess one realizes that while she’s a bitch with a capital “B” she’s still slightly different from other women in this category – and not because she’s a Native or because of her proclivity for hating others with such a passion – ultimately it’s because she’s hollow.

There’s nothing going on inside.  All she has to believe in is herself and that person fails daily no matter how hard Rita screams or demands to have her own way. When it comes right down to it, she’s soulless but not quite a sociopath.  But then again… 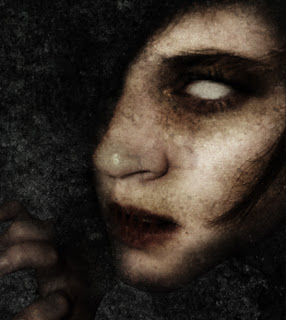