Soooo, I was esteemed and honored to be given the Illustrious Booker Award by the lovely Samantha MacDouglas! (It's just for fun but it's still an award, kinda...lol) 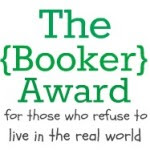 A requirement of this award is to share our 5 favorite books of all time.  Believe it or not, this was soooooo hard for me.  I have a TON of books that I LOVE.  It was really hard to pare them down to just five! My entire office is is full of books – on the walls, on the desk, under the desk, in the closet, well, you get the picture. It doesn’t stop there, though, my living room and bedroom are just as full to overflowing with books.


I have always loved reading and I’ve spent a good part of my life with my nose stuck in a book.  With reading you are whisked away and taken to other places, other worlds, other dimensions. There is so  much you can see, feel and learn when you read a book.


It took me a while to narrow the list down but after much thought, I was able to come up with five books that I cannot live without! Here’s my five fave books of all time:

Great Expectations, Charles Dickens:   Dickens was far more warped than the literary world has given him credit for.  Just think about it – Miss Havisham wandering around in a wedding dress for decades? Saving the cake? Training her adopted child to use and abuse men as revenge for the guy who jilted her?  Woman has stalker and/or sociopath written all over her!! I love this book for the defining of her character without her even being the main character.  Pip and that nasty little wench Estella are okay in their place, but Miss Havisham ties it all together without actually being all that important to the storyline itself.  The book is about Pip, not Miss H, but for me? Miss H is what makes the book.

The Stand, Stephen King: I first read this book back in high school (billions and billions of years ago according to my children!) and I was taken with the artistry of its narrative.  Horror books are never all that thought provoking, in my opinion, and The Stand stood apart from the norm.  Wretched miniseries aside, the descriptive canvas of the end of the world as we know it from man-made disease is not that far fetched, nor is it totally impossible.  In spite of the paranormal avenues of the book itself the reader is still left with the lingering question of what if somebody actually dropped a petri-dish? What if half the world’s population was wiped out? What if? What would we do? (Says the girl who still doesn’t have flashlights or batteries and there’s a possible hurricane on the way…)

This Time Forever, Kathleen Eagle:  A cowboy wrongly convicted of a crime he didn’t commit, a nurse who is also one of the jurors who sent him to jail and who, in turn, aids in getting him released and a premature baby born from a one-night stand and a brutal accident.  Those three elements bring together a beautiful story that makes me cry every time I read it!  Mrs. Eagle creates extremely vivid and thought-provoking scenes that are at once both touching and heart-wrenching.  I've read this book so much that it is now literally without covers.

Desire Untamed, Pamela Palmer: While I looovveeee ALL of Pamela’s Feral Warriors series, I love this one the best. It’s the first time I’d ever seen my first name (or part of it actually) as a heroine’s name.  When I was growing up it was the one name that was never anywhere so it was awesome to see if finally hitting a book (it hit television in 1985, on The Cosby Show, lol) That fact aside, Pamela creates a fascinating storyline that holds the reader and drags them deeper and deeper at a breakneck pace so there’s no turning back.  The extremely interesting thing about this series is that Ms. Palmer created the entire thing from nothing. She did no research at all – I know this because I asked her. LOL To know that a writer can create an entire civilization and races of paranormal beings with no assistance at all makes the book even more engrossing, jmo.  (Me? I’d have to do research, I know nothing at all about fairies and elementals and six foot eight inch tall barrel-chested shape-shifters!!)

And last, but not least, we have a rather unusual book…I’ve checked out other winners of this award and, for the most part, they’ve listed classics, romance novels and kids’ books. This is the first of its type I’ve seen but that’s okay, there are other mystery/suspense writers out there who can definitely benefit from Katherine Ramsland’s The Human Predator.  Dr. Ramsland presents us with a vivid and fascinating history of serial crime and the development of forensic capabilities over the same span of time.  It’s the definite go-to book for anyone wanting to present appropriate crime history in their books. Bear in mind it’s not exactly bedtime reading but it’s captivating and thought-provoking nonetheless.


In conclusion, for this blog I had to limit myself to five. Personally? And I suggest this for everybody – have a favorite book in every genre there is!! Heck, have more than one! Have two or three!! You’ll be well read, well rounded and well educated, all the way around!! 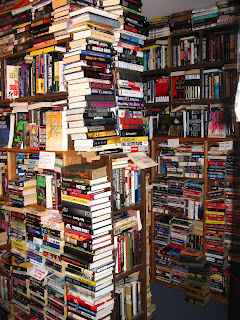 Thanks for checking out my favorite books! I've passed the Booker Award on to the Lovely Larissa Reinhart, the Awesome Avery Flynn and the Spectacular Shannon Grey! What are some of your favorite books?
Posted by Mia Fisher at 3:43 PM