Life Is Just A Fantasy...Or Is It?

Yes, I started my blog almost a year ago and have barely posted.  That was my fault.  I was finishing up school and then moving and now I’m finally settled in, enjoying the beach life of the Florida gulf coast and writing! I’m also spending quality time soaking up some interesting realities… 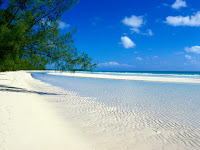 LimoBlissBlog 2012
Evidently Twihards of the world are taking Kristen Stewart’s cheating very personally.  SO much so blogs have been taken down, ranting Youtube videos have been made and Team Pattinson t-shirts have already hit the streets.

Ryan Seacrest 2012
Personally, I admit to finding it rather surprising because, after all, this was a girl would not publicly discuss her relationships and worked very hard to keep her relationship with Pattinson under wraps for a very long time.  I was rather surprised that she’d be that stupid to fool around and do it in public where cameras were lurking no less. 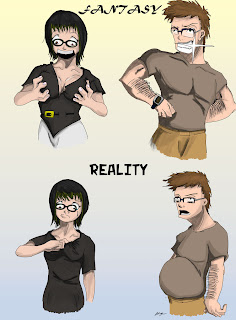 F. Chris 2012
This is about fantasy and reality.  It’s a fine line folks, and some people seem to float on either side.  Recently, while waiting to pick someone up at the airport I was privy to a discussion – that’s how Kristen Stewart comes in.  Two ladies were also waiting and one was extremely pissed about Ms. Stewart’s infidelity issue.  Lady A was stating that she planned on skipping the release of Breaking Dawn 2 because of “KStew’s slutty ways”.  She swore up and down that she would never see another movie with Bella Swan’s actress in it.  Kristen Stewart had totally ruined the Twilight series for her and this behavior would not only hurt the actress' career but would hurt the entire end of the Twilight series itself.  Lady B huffily agreed. 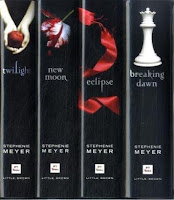 Me – being the big mouth that I am – was not about to let that one go.  So I leaned over and said, excuse me, I couldn’t help over hearing, (they weren’t that quiet to begin with) but are you saying that you’re not going to see Breaking Dawn 2 because Kristen Stewart messed around on Robert Pattinson? Lady A was “Of course! She’s totally ruined Bella and all that she stands for.”  I then pointed out that Bella was, of course, a fictional character whereas Kristen Stewart is a very real human being.  Lady B responded to that with “She’s responsible for the character! She is that character as far as I’m concerned so it’s the same as Bella cheating on Edward!”

Huh? Seriously?  Somehow, when Stephanie Meyer wrote Twilight I don’t think she had this type of outlying drama in mind.  I don't think when she and Catherine Hardwicke sat down to discuss picking Kristen for the role of Bella that they ever gave a thought to the fact that one day Kristen would be considered the second worst homewrecker in Hollywood - she's right up there with Angelina and Elizabeth Taylor now.  Nor, as an actress, is she responsible for the character that she plays on the screen.  An actor does not write the script, nor do they choose the direction in which the character goes on screen. That is the responsibility of the director.

FNS 2012
Anyway...As writers we always hope that our readers will love our characters as much as we do.  One of the most gratifying things for me, personally, as a writer, is when a fan tells me how much they like, love or appreciate a certain character.  It means that I did my job properly.  I want to create likable, lovable characters that have something to say.  There are literally hundreds of cute anecdotal posters out there floating around Facebook and Twitter and Pinterest boasting sayings such as “I get too attached to fictional characters” or “That moment when you finish a book and look around to find that the rest of the world is just carrying on like they don’t know somebody important yet fictional got killed”.

Readers get attached to characters, writers get attached to their characters. To this day, I fully admit that my hero in Heart of Stone, Aaron, was my all time favorite creation.  I was truly in love with the character from start to finish.  BUT (ain’t there always a but?) I knew then and I still know now that he was not real.   How is it that some readers see the reality for what it is and some totally lose sight regarding the whole fiction aspect of the reality? 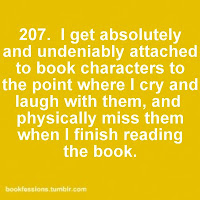 Kristen Stewart is not Bella Swan anymore than Robert Pattinson is a glittering vampire.  Jennifer Lawrence isn’t Katniss Everdeen anymore than Liam Helmsworth is Gale. (Btw, it’s just my opinion but The Hunger Games is a far better written set of books, but that’s just my opinion and given it’s my blog, I’m stating it.)  Kristen Stewart is a human being who has all those feelings, emotions, hormones and urges that humans have.  She’s not a one to two to three dimensional character from the pages of a book.  She’s a human and she lives, she breaths, she smokes pot (or she used to anyway), she drinks, she’s from a very non-traditional show-biz family, she’s a good actress. So good in fact she’s actually convinced millions of people, evidently, that she IS Bella.  As I pointed out to those two lovely ladies above – no, she’s not.  She’s not the character. It was a role.  The same way Snow White was a role (and we all now know where that role got her…).

The point is, ladies and gentlemen, don’t get so lost in the story that you completely lose sight of the fact that you’re reading.  It’s always great when one of us has a book that’s made into a movie but should we now have to sit back and wonder and worry about how our readers are going to react to whoever might be chosen to play our characters?  Do we really need to be concerned that our readers are so caught up in the lives of those characters that they lose sight of reality entirely?  I should hope not.  Anybody see Misery??? Nobody that I know wants to have their enthusiams for their favorite characters equated with a Kathy Bates' ultimate stalker character.  It kills the joy of writing to have to worry about how fans might react to a character or to the actor that will portray the character. 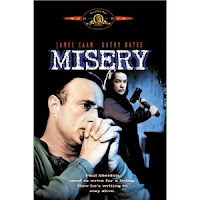 Fandom is a wonderful thing, without fans, nobody would be reading what we write – BUT – let’s look at this realistically, shall we?  Kristen Stewart messing around on poor Robert Pattinson (which, in all honesty, I fail to see the allure, poor guy looks like his face has been squashed in a vice) was wrong, but it’s not the end of the world, it’s not the demise of an entire book series or franchise (although, I’m sure there are some pretty pissed people at Summit right now because there’s still a press junket coming up for Breaking Dawn 2 and that’s probably going to be pretty damned ugly after this.) She is not the character. The character doesn’t actually exist.  Kristen played that character on screen but that’s all she did.  She is NOT Bella. 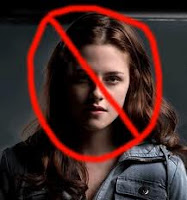 Reading is a wonderful escape.  It takes us places or let's us take part in things that we may never experience otherwise.  It lets us all escape.  It’s fun.  But those characters are characters.  They are on the page of a book. Their reality hinges upon your, the reader’s, imagination.  Movies have given us a wonderful medium to bring these stories to life, but they remain movies, they’re not reality. Let's enjoy what we read and if they're made into movies? Wow,that's great! But the actors who portray those characters are not those characters. They never were, they never will be, they're just an actor being paid way too much to pretend to be a character a writer created so the reader could visualize them in their head.  Let's not make it into more than what it is. Making it more than it actually is does nothing but cost the overzealous fan emotions that could be spent wisely somewhere else, somewhere where it counts? Family, friends, people who really care about that person as an individual.  Let's keep it real ladies and gentlemen.  Get lost in the book but know that the story ends when you close that book cover.

ABC Television 2012
Your thoughts on the fine line between fictional fantasy and reality?
Posted by Mia Fisher at 2:39 PM